The semi-finalists for the 2020 World Snooker Federation Junior Open are now known following the completion of the opening knockout rounds in Malta over the past few days.

England’s Sean Maddocks, the Republic of Ireland’s Aaron Hill and Chinese pairing of Yi Ze Wu and Yang Gao remain in the event, where the winner will not only receive the prestigious title, but also a lucrative two-year professional tour card for the 2020/21 and 2021/22 seasons.

Maddocks, officially recognised as the youngest player to have made a 147 break in competitive play, will face Hill, the current European Under-18 Champion.

Compatriots Yi and Yang will contest the other last four affair, both hoping to make the step up to the top tier of the sport and join the growing contingent of young Chinese players on the full-time circuit.

Like Maddocks and Hill, Yi is undefeated. After heading Group D, the 16-year-old saw off recent Beverly World Cup quarter-finalist Ben Mertens (Belgium) 3-1 in the last 32. Then, in arguably the match of the tournament so far, he ousted another Belgian in Julian Leclercq 3-2 during the last 16, where Yi compiled breaks of 106, 85 and 100 to counteract efforts of 83 and 55 from Leclercq. Yi then denied 2019 Snooker Shootout star Ryan Davies (England) 4-2 in the quarter-finals. Yang finished second in his group before defeating Mickey Joyce (England), recent Challenge Tour event winner Dean Young (Scotland) and Kreishh Gurbaxani (India).

Both semi-finals will be live streamed on the World Snooker Federation Facebook page with Maddocks v Hill scheduled for 14.00GMT and Yi v Yang set for 18.00GMT. The 2020 WSF Junior Open best-of-9-frames final will take place on Thursday at 11.00GMT; this too will be live streamed

For full results throughout the competition, please visit snookerscores.net here.

Organised by the Georgian Snooker Association and held at the Star Snooker Academy in the capital city of Tbilisi, this was the fourth annual edition of the most important event on their domestic circuit.

As last year’s winner, Bakradze was spared the preceding qualifying event and automatically featured in the main draw where he defeated Valeri Vadachkoria (3-0), Zurab Tushishvili (3-1) and Levan Rcheulishvili (4-0) to reach his fourth consecutive final.

In a repeat of the 2017 trophy decider, Bakradze’s opponent was Lekso Jangulashvili. The same winner emerged, with Bakradze constructing an effort of 74 – a new all-time high break for the event – during a 4-1 victory. It is his third successive triumph in the competition.

Although snooker is still during its infancy in Georgia, notable progress has been made with the sport in a relatively small amount of time. Competitively, since Sandro Kadagidze’s inaugural win in 2016, participation numbers in the national championship have risen each year, with a new record of 35 players taking part in 2019.

Giorgi Durglishvili from the Georgian Snooker Association said “Within the last 12 months three high quality tables have been installed in the academy. With coaching and teaching, knowledge and the standard has raised; this was visible in this year’s championship with several 40 plus breaks registered.

“Now that we have such a base and an experienced certified coach in Amir Younesi from Iran, we hope to attract more and more players, especially younger ages. It is a work in process, but we want to see people bringing their kids to try snooker. Our goal is to find talented youngsters, whilst also growing our base. In the near future we wish to add more tables.”

Further information and coverage on the event can be found via the Georgian Snooker Association Facebook page here. 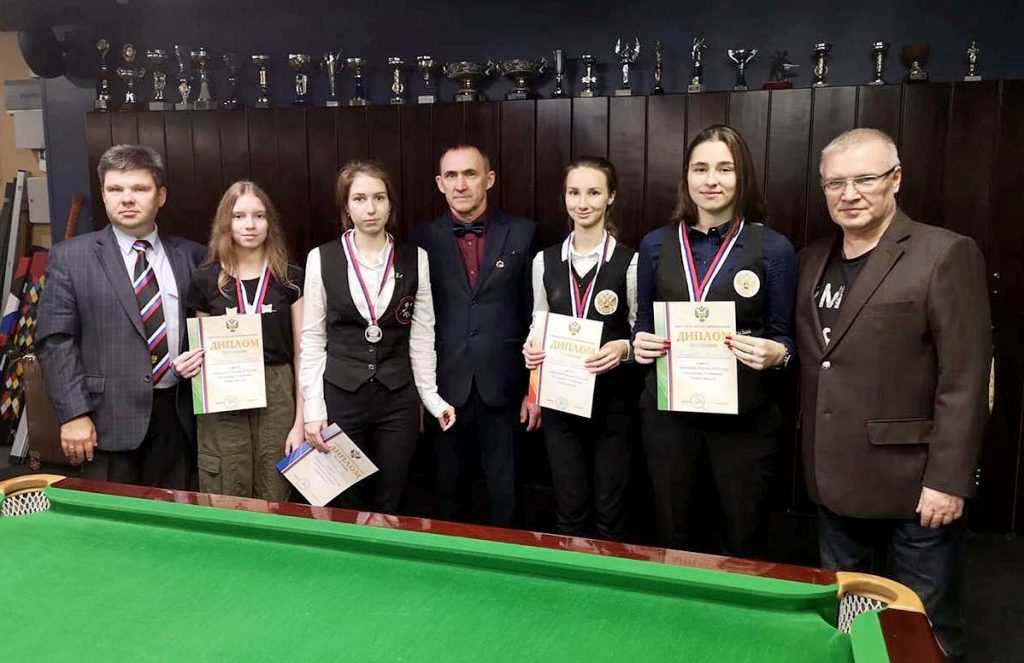