Austria prepares to host its first world professional ranking event in Dornbirn over the coming days, but on the domestic front, the country crowned its latest national snooker champion last weekend.

Held at the KÖÖ 7 Snooker Club in Vienna, 18-year-old Florian Nuessle once again underlined his potential as he claimed the title for a fourth consecutive year; dropping just one frame in the process.

Nuessle began his trophy defence by making breaks of 97 and 50 whilst defeating Andre Strojnik 4-0 in the last 16, he then notched up a quartet of half-centuries when eliminating Mario Bodlas 4-1 in the quarter-finals.

Returning for finals day, the teenager registered runs of 72 and 57 to dispatch Thomas Janzso 4-0 before requiring less than 80 minutes to deny maiden finalist Jerome Liedtke 5-0 in the final, where he produced an incredible performance that saw him rack up breaks of 55, 64, 61, 86, 60 and 67.

A potentially exciting prospect for the future, Nuessle had recently returned home after reaching the knockout phase of the World Snooker Federation Open in Malta earlier in the week.

Runner-up at the 2018 European Under-18 Championship where he lost to Jackson Page 5-3 in the final, Nuessle also made the last eight of last year’s European Amateur Championship. Alongside playing partner Andreas Ploner, Nuessle represented Austria at the Beverly World Cup in China last summer. 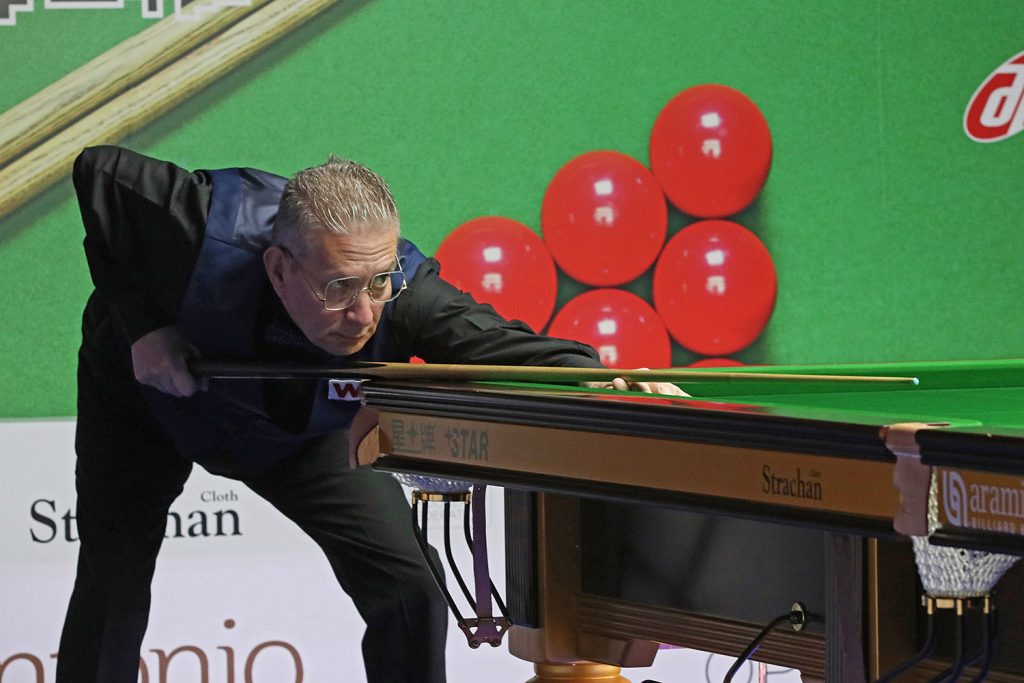 Organised by the Georgian Snooker Association and held at the Star Snooker Academy in the capital city of Tbilisi, this was the fourth annual edition of the most important event on their domestic circuit.

As last year’s winner, Bakradze was spared the preceding qualifying event and automatically featured in the main draw where he defeated Valeri Vadachkoria (3-0), Zurab Tushishvili (3-1) and Levan Rcheulishvili (4-0) to reach his fourth consecutive final.

In a repeat of the 2017 trophy decider, Bakradze’s opponent was Lekso Jangulashvili. The same winner emerged, with Bakradze constructing an effort of 74 – a new all-time high break for the event – during a 4-1 victory. It is his third successive triumph in the competition.

Although snooker is still during its infancy in Georgia, notable progress has been made with the sport in a relatively small amount of time. Competitively, since Sandro Kadagidze’s inaugural win in 2016, participation numbers in the national championship have risen each year, with a new record of 35 players taking part in 2019.

Giorgi Durglishvili from the Georgian Snooker Association said “Within the last 12 months three high quality tables have been installed in the academy. With coaching and teaching, knowledge and the standard has raised; this was visible in this year’s championship with several 40 plus breaks registered.

“Now that we have such a base and an experienced certified coach in Amir Younesi from Iran, we hope to attract more and more players, especially younger ages. It is a work in process, but we want to see people bringing their kids to try snooker. Our goal is to find talented youngsters, whilst also growing our base. In the near future we wish to add more tables.”

Further information and coverage on the event can be found via the Georgian Snooker Association Facebook page here.