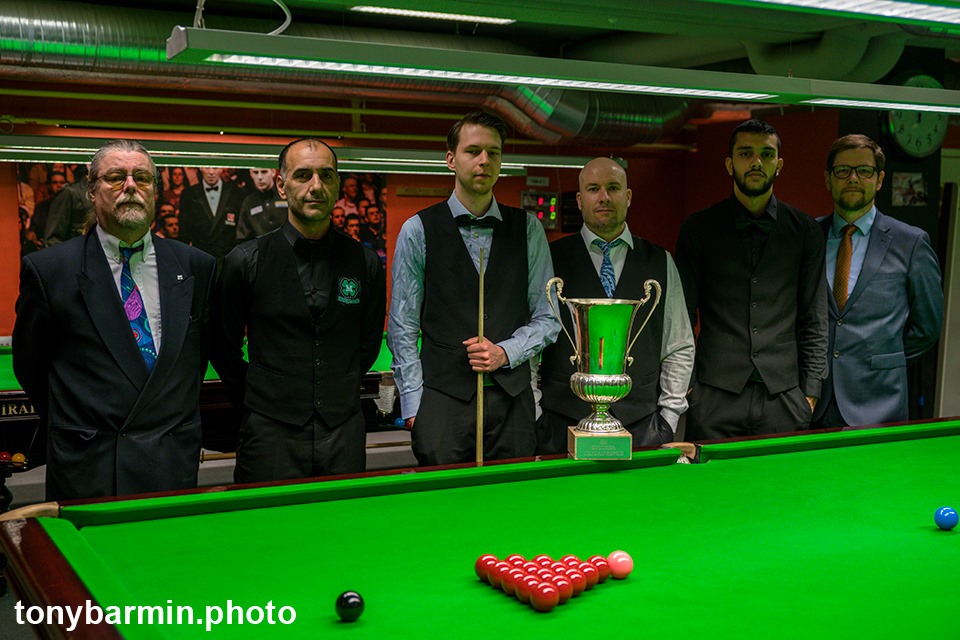 Simon Lindblom came through a nervy conclusion in the final to win his second Swedish National Snooker Championship earlier this month.

A title first contested for in 1984, the latest annual edition of the event was held across four days at the Snookerhallen venue in the capital city of Stockholm. The main draw consisted of 32 players made up of 24 seeds determined from the national rankings and eight qualifiers who had progressed from Thursday’s round robins. The following phase of the competition whittled down half of the remaining entries via a double elimination format before a straight knockout was instigated from the last 16 onwards.

Number five seed Lindblom won his opening two matches to advance into the knockouts where he crafted breaks of 64 and 53 when dispatching Nils Ritenius Manjer, 4-0, in the last 16. The 24-year-old then overcame George To, 4-1, and multiple-time winner Kevin Zarekani, 5-0, in the quarter and semi-finals respectively. It meant that Lindblom had dropped just two frames in reaching the final.

However, Lindblom had to draw on other qualities in the title decider as 2007 champion Jim Johansson provided a much sterner examination. A runner-up four times since his victory twelve years previously – including in 2018 – second seed Johansson was also undefeated on route. He emerged from a four-hours plus quarter-final duel with Max Nettleton that went to a deciding frame but subsequently enjoyed a straightforward 5-0 win over former Nordic Championship winner Belan Sharif in the last four.

It was Johansson who started the final stronger as he went into the mid-session interval 3-1 up. On the resumption, though, aided by runs of 54, 39 and 42, Lindblom strung together four consecutive frames to move within one of the trophy at 5-3. Momentum shifted again when Johansson secured frames nine and ten, but Lindblom was resolute in the decider as an effort of 38 helped him sealed a 6-5 success. This latest national triumph for Lindblom arrives three years on from his first, when he also claimed the title by virtue of a final frame.

Last year’s winner Henrik Svedstedt was pipped by Sharif in the last eight while top seed and two-time champion Mats Eriksson perished at the same stage to Zarekani.

National governing body the Swedish Billiard Federation is a member of the World Snooker Federation.