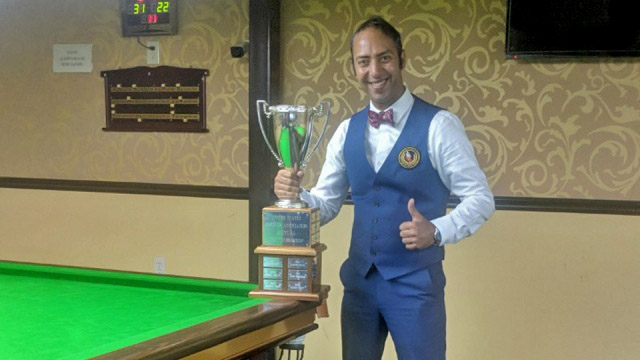 Ahmed Aly Elsayed made history as he claimed a fifth United States National Snooker Championship title at the Q-Ball Houston in Texas on Labor Day.

Players from several different states took part in the annual four-day event; the most prestigious on the United States Snooker Association (USSA) calendar.

Defending champion Aly qualified for the last 16 having finished top of Group A, winning his opening three matches without dropping a frame, although he did lose his last fixture to Cheang Ciing Yoo.

The New Yorker, who lifted the trophy last year in Brooklyn, eliminated Rushil Vig 3-0 and Steven Wong 4-1 in the last 16 and 8 respectively. He then secured a fifth consecutive – and an overall record eighth – appearance in the final courtesy of defeating Nitin Mehta 4-1 in the semi-finals aided by breaks of 63 and 53. 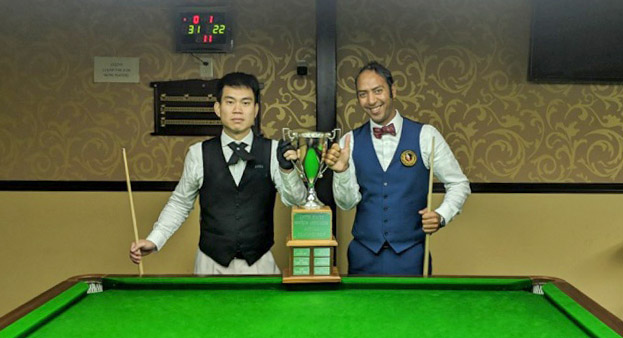 In a repeat of their earlier round robin tie, Aly’s opponent in the showpiece was Yoo, who had advanced from the group in second place. The Washington cueist dispatched Thomas Tan, two-time champion Ajeya Prabhakar and 2017 winner and last year’s runner-up Raymond Fung in the knockouts.

Aly compiled a break of 78 to win the second frame, but maiden finalist Yoo was in control early on as he opened a 3-1 lead. However, the top seed was not to be denied. A run of 64 in the fifth helped him on his way as he strung together four successive frames to emerge a 5-3 winner.

It is not the first time that Aly has retained this championship; he also won it 2009, 2010 and 2011. Earlier this year at the same venue, Aly reached the quarter-finals of the Pan American Billiards and Snooker Association (PABSA) Championship when he lost to eventual champion Igor Figueiredo. He has also featured in the last two editions of Q-School.

Both the USSA and PABSA are members of the World Snooker Federation.