The most prestigious tournament on the Welsh Billiards and Snooker Association circuit was first contested in 1928 and boasts big name previous winners such as Ray Reardon, Doug Mountjoy, Terry Griffiths, Dominic Dale, Ryan Day and Michael White. Winner of the title for the first time in 1987 and then more recently, after coming off the sport’s top tier, in 2015, this was the third time that 53-year-old Morgan has claimed the accolade.

Played across the domestic season, the competition is initially split into north and south regional qualifying. Morgan began his campaign with victories over Stephen Ellis (4-0 – 103 break), Andrew Pagett (4-1) and Matthew Farrant (4-3) before receiving a walkover in the quarter-finals against defending champion Jackson Page who withdrew in order to focus on World Championship qualifying.

The final four players congregated at The Royal Hotel in Rhymney earlier this month where the championship was played to a conclusion. Morgan chalked up the last three frames to defeat Richard King, 6-3, whilst in the second session, another experienced cueist, Gavin Lewis, ended youngster Tyler Rees’ hopes with a 6-4 win. It would be Lewis’ second final appearance, 16 years on from his runner-up finish in 2003.

Both players returned the following day for the multi-session final. Morgan started stronger establishing a 4-0 mid-session lead after taking frames three and four on the black and pink respectively. Lewis managed to get on the board with the next, but the two-time ranking event finalist responded with a break of 128 and then by potting a terrific, decisive long-range final black to finish the session 6-1 in front.

That evening Lewis briefly threatened a comeback when he deposited a tight frame eight, but Morgan made sure there would be no recovery with an effort of 50 in the ninth and clearing from green to pink in the tenth to record a 7-2 victory.

A former world semi-finalist during his 18 years as a professional, since coming off the tour by choice in 2006 Morgan has focused on amateur events, winning several other significant titles such as the 2011 World Seniors Championship. Last year in Malta Morgan also reached the final of the inaugural World Snooker Federation Seniors Championship. 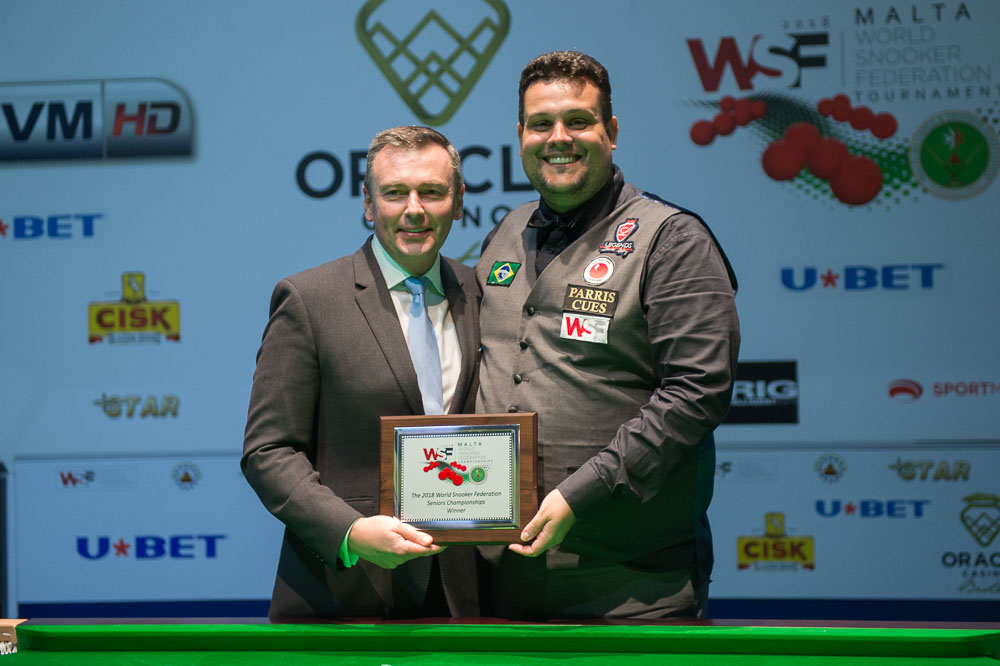 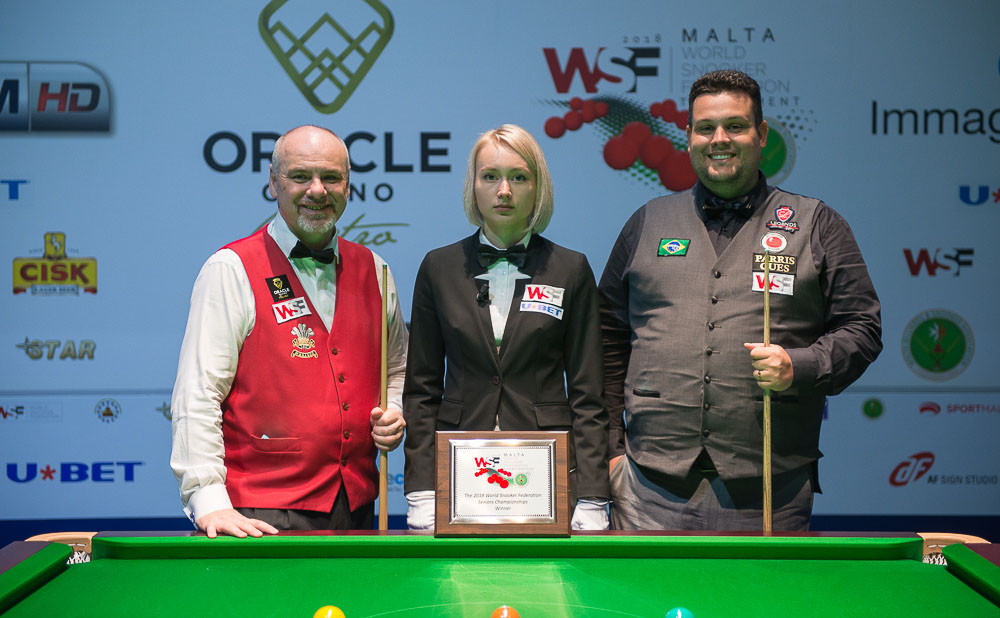 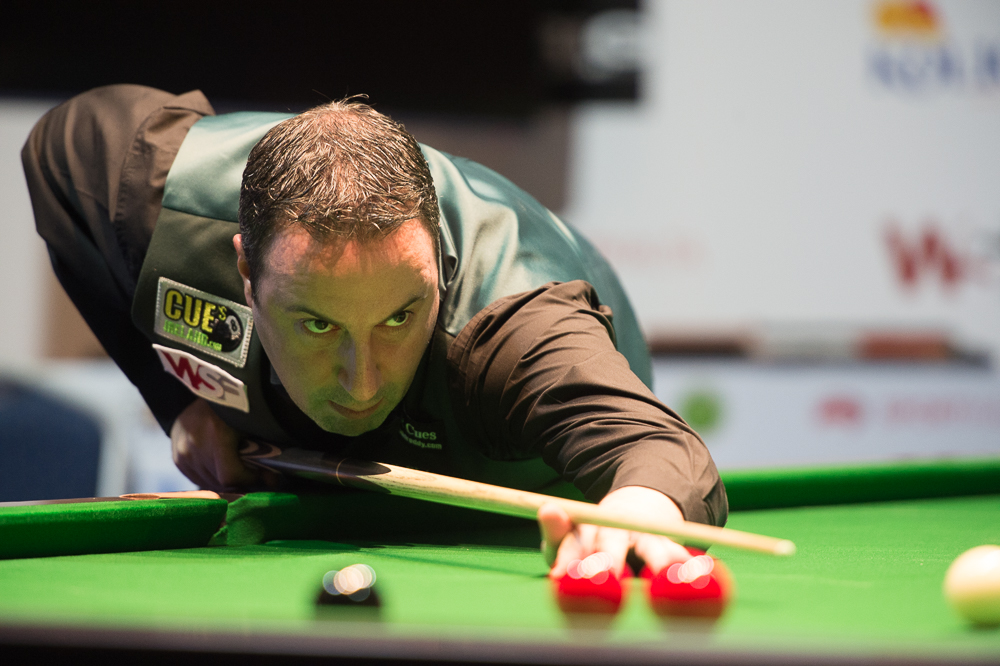 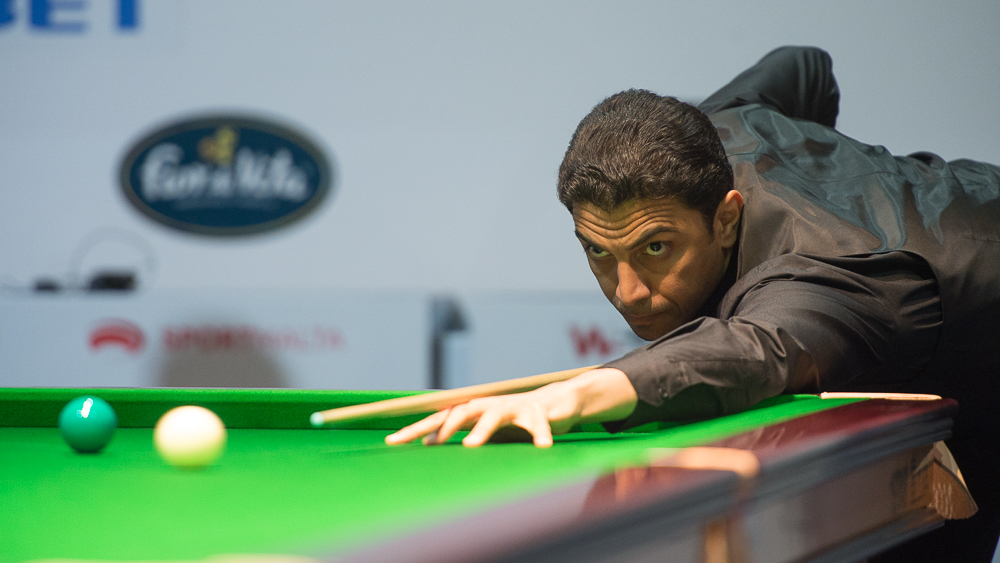 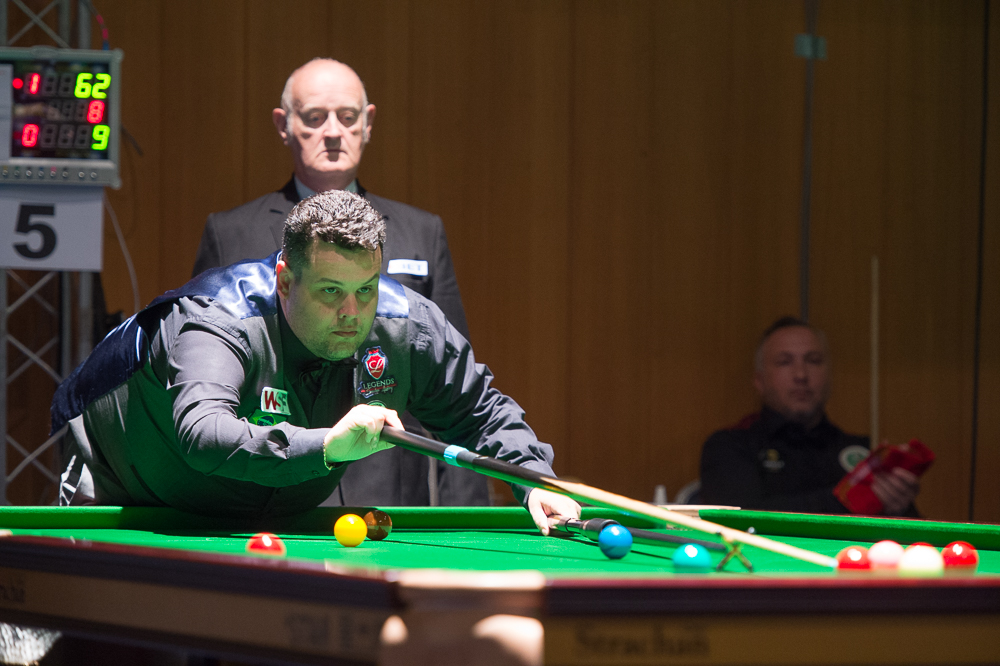 The Championships were formally launched ahead of Wednesday’s opening session with a welcome ceremony led by WSF General Secretary and Competition Manager Maxime Cassis, together with WSF Vice-Chairman Nigel Mawer and World Ladies Billiards and Snooker President Mandy Fisher.

Play then began with action from the 37th staging of the WLBS World Women’s Snooker Championship and the inaugural WSF Seniors Championship events. Both tournaments will run across four days, ahead of the start of the mixed gender event on Sunday.

Both the Women’s and Seniors competitions carry a top prize of €6,000, with the eight quarter-finalists of each event to earn their place in the mixed gender event which will offer the winner the opportunity to play at the professional World Championship qualifiers in Sheffield, England, next month.

There was a strong start to the tournament for many of the top seeded players in the World Women’s Snooker Championship event as the likes of defending champion Ng On Yee and 11-time winner Reanne Evans opened with convincing victories in Malta. 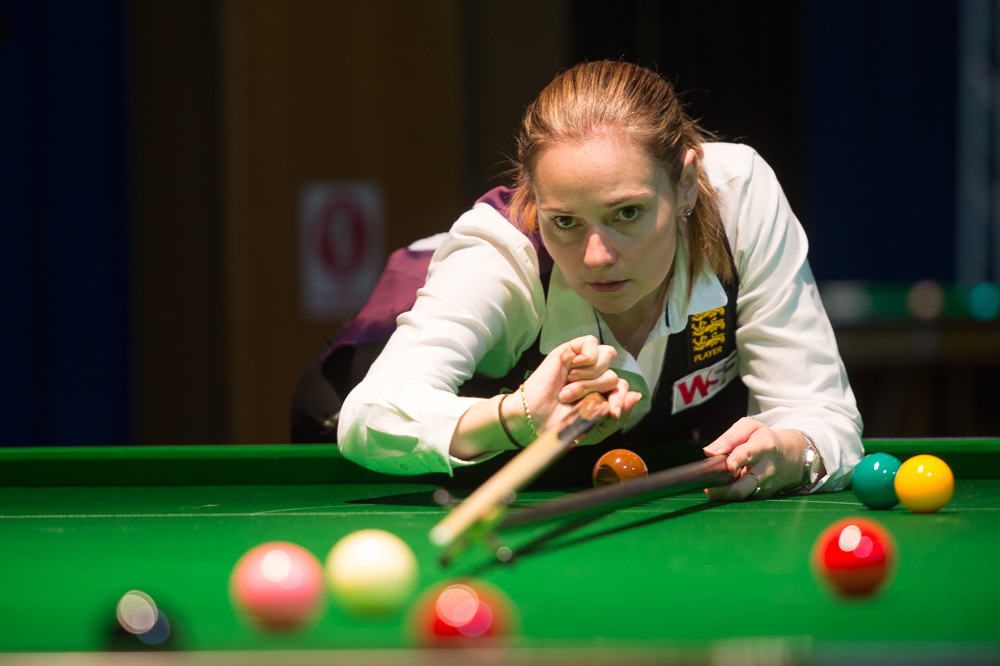 Evans began the day with a 3-0 win against Brazil’s Fatima Gusso Rigoni, including top breaks of 61, 48, 38 and 35, before On Yee took to the baize in the final session to whitewash Poland’s Ewelina Piślewska.

Welshman Darren Morgan made an impressive start to his latest quest for international glory with a high-scoring opening victory against Bulgaria’s Boris Lazarkov.

The former world professional number eight hit breaks of 124, 77, 50 and 41 to underline his credentials as one of the tournament favourites.

Among the other winners on day one included former Grand Prix semi-finalist Michael Judge (whose sister Paula is also in Malta competing in the women’s event), and Iceland’s Kristján Helgason who had runs of 65, 58 and 43 during a 3-0 success against England’s Colin White.

It was also a strong start to the competition for host country Malta, with several of their players including Simon Zammit, Jason Peplow and Frans Abdilla winning their openers.

The WSF Championships continue with the final round robin matches of both events on Thursday, with the top two players from each group progressing to the knockout rounds.