The World Snooker Federation (WSF) received unanimous support from its many international members at its first General Assembly held during the first ever WSF Championships at the Dolmen Hotel, Malta. 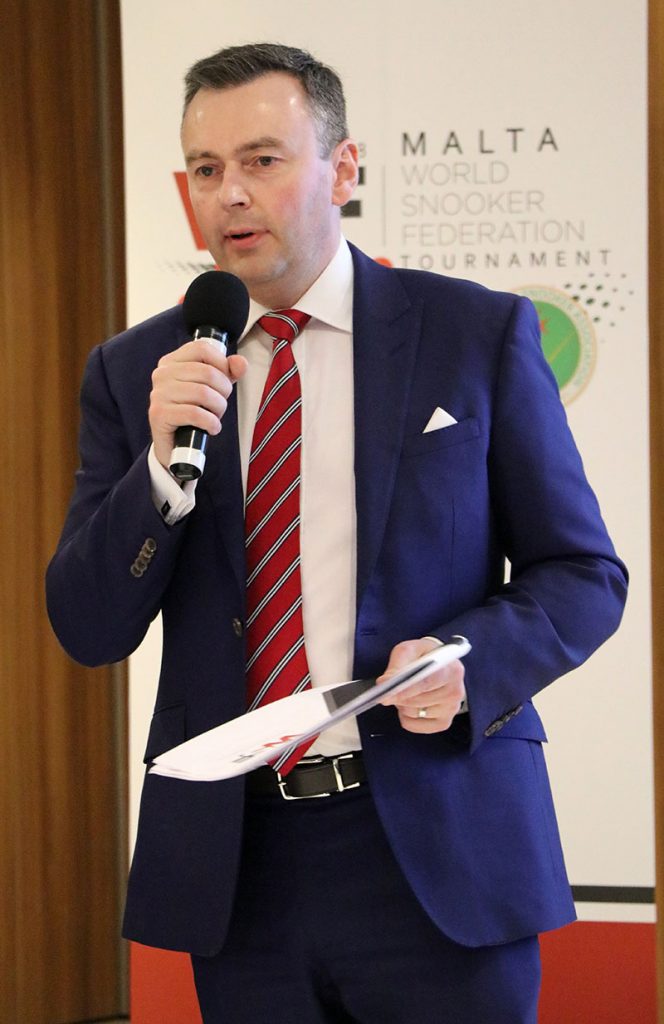 At the meeting, which began with a presentation setting out the vision of the WSF for the future of snooker globally, delegates representing national federations voted unanimously to ratify the current WSF board and approve its statutes.

The historic meeting was formally opened by President of the Malta Billiards and Snooker Association (MBSA) Frans Bugeja, who was given the honour by WSF President Jason Ferguson.

Ferguson said: “I am delighted to have had the opportunity today to engage in constructive face to face dialogue with the many national federations who have pledged their support to our global development.

“I would also like to take this opportunity to thank Frans and his team at the MBSA who have hosted our inaugural Championships this week. Malta has long maintained a presence in snooker at both amateur and professional levels and I look forward to this continuing in the future.”